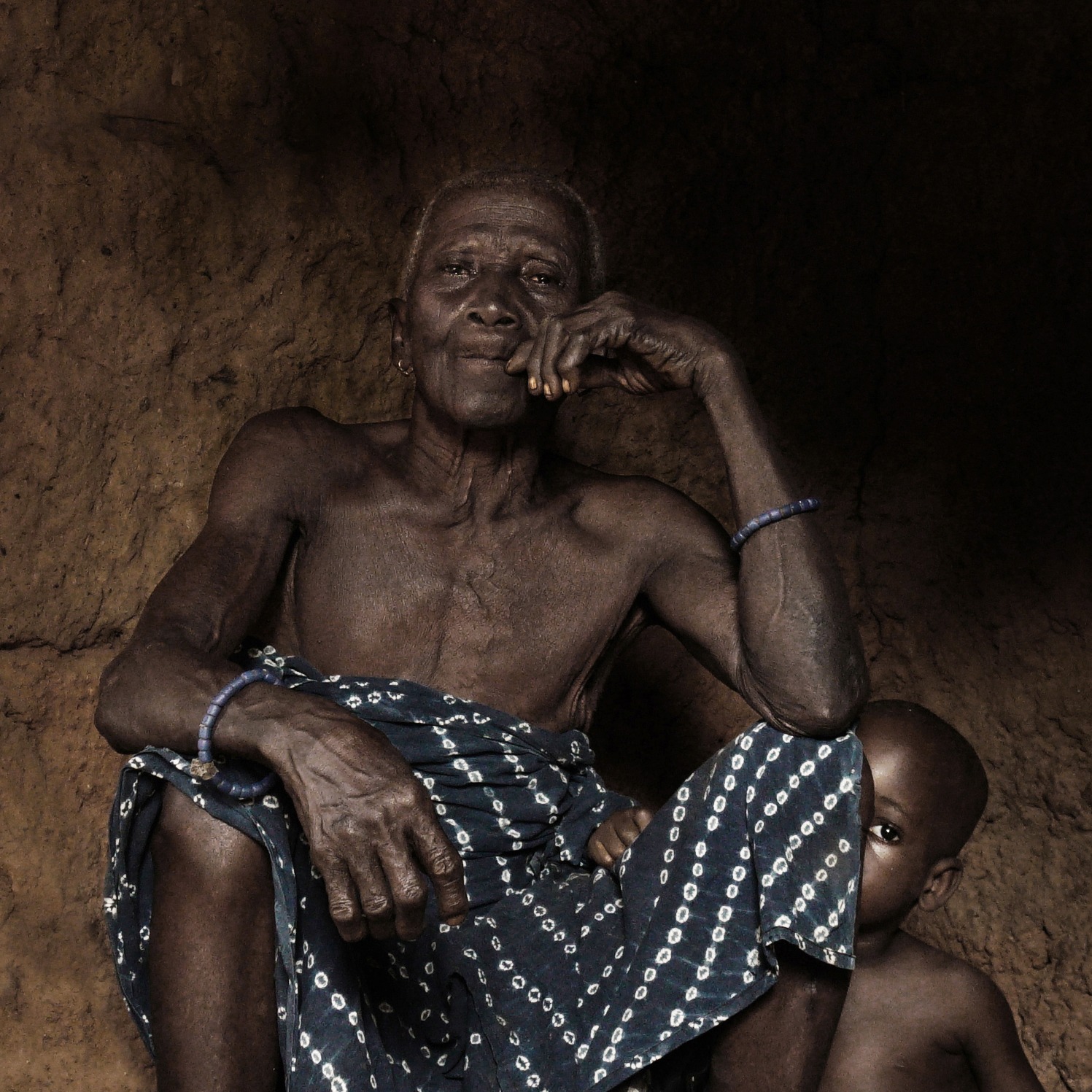 “As long as the lions do not tell their own stories,
the hunters will always be the heroes”

The village of kenou is an intimate portrait of a traditional village community in southern Benin, where the old animist vodun culture is still leading.

Tassi is the oldest inhabitant of the village. She is the priestess that maintains contact with the ancestors on behalf of the community. Tassi teaches us how to look at her world, where ancestors and vodun are naturally present and where they must always be consulted through the oracle before important decisions are made.

We meet Sylvine, the village chief, who was chosen by the spirit of the deceased Martha to take her as his second wife.
We experience how Tassi makes contact with the ancestors and rewards them for providing protection against Evil.
We attend the ceremonies of two teenage girls in the house of the vodun Heviosso, a sacred place where outsiders are usually not allowed to enter. After they have served the vodun for two years, they are allowed to return to their parents.

The film follows the rhythm of daily life in the village. The translation, or when necessary retranslation, is the result of close collaboration with the inhabitants and aims to do justice to their way of thinking, giving special attention to the proverbs which flavor the spoken word and the songs that turn it into poetry.

The Village of Kenou is a documentary that breathes the age-old West African animist culture in image and words and provides the viewer with an hour-long trip into another world.

WHY DOES THIS FILM NEED TO BE MADE?

Vodun, or voodoo, is usually still associated in the Western world with mysterious rites, bloody offerings, possession and a belief in dark powers. During three centuries of colonial dominance, Christian rulers have tried to deform an age-old culture into a devilish ritual which most Westerners today will only know from Hollywood interpretations meant to shock and amuse viewers.
For the people featured in the film, vodun isn’t black magic. To them, vodun is a gift from their ancestors, an all-encompassing view of the world, which should give sense and meaning to life. It serves as a guideline to the comings and goings of every day.

The creators of the film already were frequent visitors of Kenouhoue as part of a collaborative project. When the inhabitants were exposed to Western perspectives on their culture through the creators, the idea for a film collaboration was born. Something which once started as a wild fantasy has developed into a wayward film four years later.
The inhabitants of Kenouhoué are proud of their traditions, and they want to showcase their pride. They are still being overwhelmed by influences that are supposed to convince them that the Western way of living is superior to theirs. It’s time for them to be able to show us that there are other ways of celebrating life.

By now, the inhabitants are convinced that the creators of the film were sent by the vodun and their ancestors with a special mission: to bridge the gap between their world and the Western world.
Coincidence doesn’t exist for the people in Kenouhoue.
Coincidence only exists for people who do not want to know.

The film was shot and edited at their own cost and the post-production was financed using crowdfunding. No funds were used that were intended for the other projects of the foundation. The documentary will be presented to various festivals and we hope that it will premiere in 2023.